Trash to Treasure: Mirror, Mirror On The Wall

They say one man’s trash is another man’s treasure, but in this case it is Marta’s treasure.  My sister joked on Mother’s Day that I am not allowed to drive through our neighborhood unsupervised on Monday or Thursday.  Which of course brings me to today’s post.

Passing my sister’s house on a Monday morning a couple of weeks ago, I put on the brakes for a dresser I just couldn’t drive by.  I immediately pulled over and put down the back seats to load up my find.

I was originally going to take just the drawers for storage projects, but the dresser itself was solid and only missing one damaged top drawer.  To my surprise there was more than the dresser, there was a mirror frame that matched the dresser, and a large mirror that was solid wood.

I am thinking about an entertainment cabinet for the dresser.  The mirror frame is being re-purposed into two projects for my sister’s house.  And the last mirror, well that has already found a home in my dining room.

The buffet is something that my mother found years ago, and having purchased my childhood home from my parents, I inherited the buffet when I signed on the dotted line.  Yay! In the South that’s what we call lagniappe y’all.  I store serving pieces, table clothes, place mats, and all kind of things in the buffet.  The lamps I was fortunate enough to get at an estate sale of a good friend, I had admired the lamps for years and she gave them to me for helping out with the sale.  I had a mirror hanging above the buffet, and it is a very nice mirror, but the scale was a little small for the space.

I washed the frame down with Murphy’s Oil Soap and gave it a coat of furniture oil. I had to try this new-to-me mirror in the space, and placed on top of the buffet leaning against the existing mirror.

I was so pleased with how it looked that I committed to taking down the smaller mirror and will use it somewhere else in the house.  When my family was having dinner at my house this weekend, they all agreed that it looked nice leaning against the wall and agreed that I should leave it leaning rather than hanging it.

So there you have it my road side rescue for the week.  Today I worked on two more projects for the Pirate Bedroom, and another for keeping the critter in my yard. Come back soon,  I can't wait to show you how these other projects turned out.

Posted by Unknown No comments:

Let There Be Light: A Planter Refurbished

I have a quick project to share this morning.  This is one that you may recall from this post, on all of my goodies that I picked up on a thrift store shopping spree.  I have a niece who is a Junior about to be Senior in high school.  She is intelligent, beautiful and oh so cool.  Seriously if I ever get my hands on a time machine I am going to hang out with her.

We recently purchased a day bed for her room to give it more of a den-like feel so she can hang out with her friends.  She needed some light over a dressing table and I was on the lookout for something fresh and funky chic. 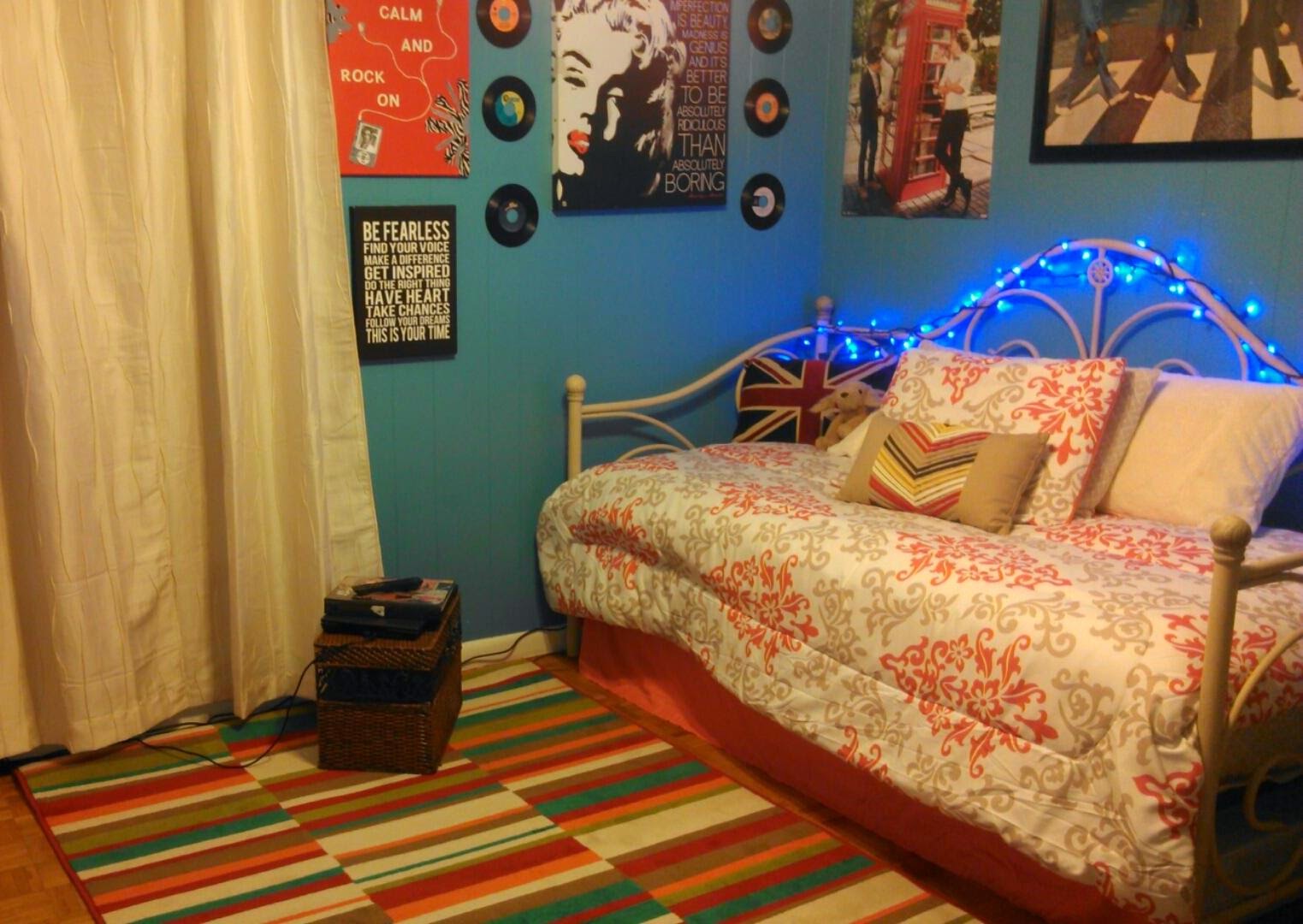 I came across some wire frame lights that I thought would be perfect, but who wants to pay a lot for a look when you can do-it-yourself. 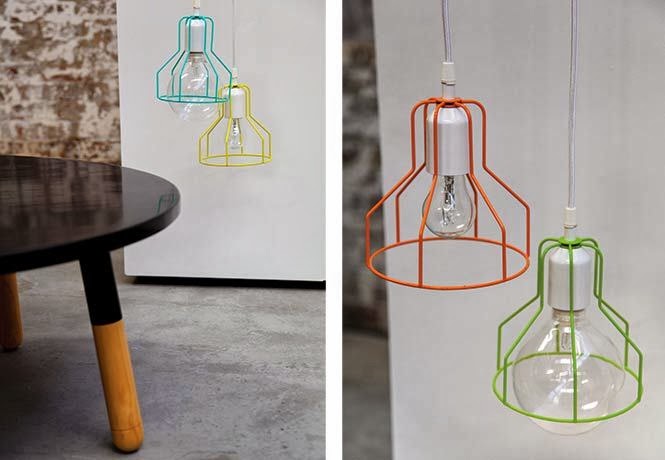 I stumbled upon this coco mat planter at the Goodwill and knew just exactly what to do with it.  I have never seen one this shape and I knew it would go perfect in her room.  I skipped home humming a frolicking spring tune to transform my find. 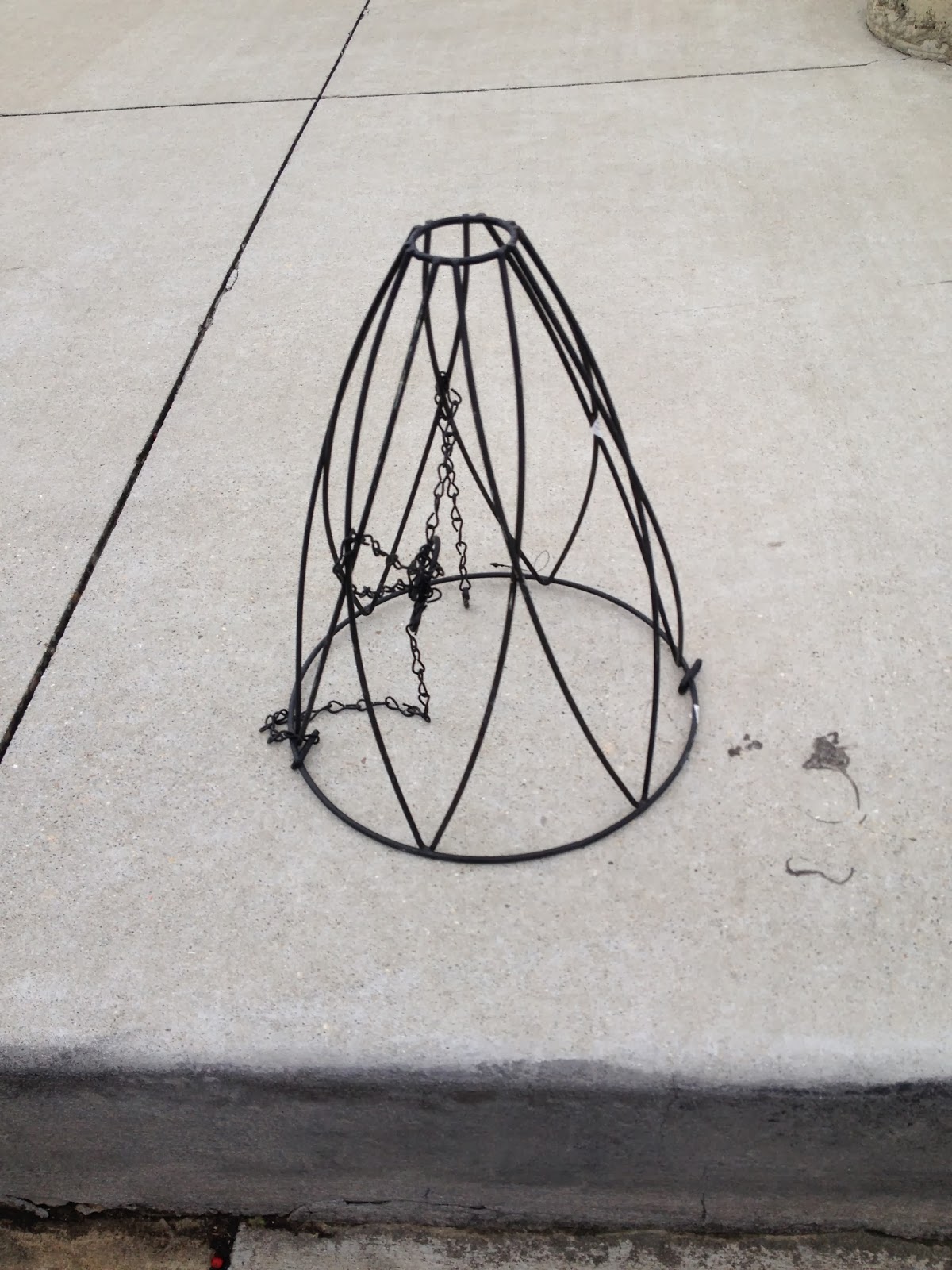 I dusted it off and gave it 3-4 coats of a fresh chartreuse color.  I left the chain attached and it made a nice little holder for me to swing the light around while I tried to paint every nook and cranny.

I let the first couple of coats dry and then moved the chain to the bottom to spray the last two coats from another angle.  This was to make sure every surface was painted from ever angle you view the light.

Just a quick tip: I use baby oil and dish soap for getting paint off my hands, elbows, hair or any where else I happen to get it when I am painting like a mad woman.  I simply rub the paint off with the baby oil and wash it away with the dish soap.  Every one knows "Dawn takes grease out of you way." That is my boys playing quietly in the back yard while mommy paints. I am so blessed.

Next I attached a light kit through the top.  I used an additional ring on the light kit to hold the basket securely in place. Oddly enough the World Market here closed before the new location was open and I had to order my light kit from Amazon.

I turned the ring that came with the kit upside down so that if fit securely against the basket, then reached on the underside and screwed the extra ring in place and hand tightened.  This held the basket securely and gave the light a more finished and less DIY’ed look. 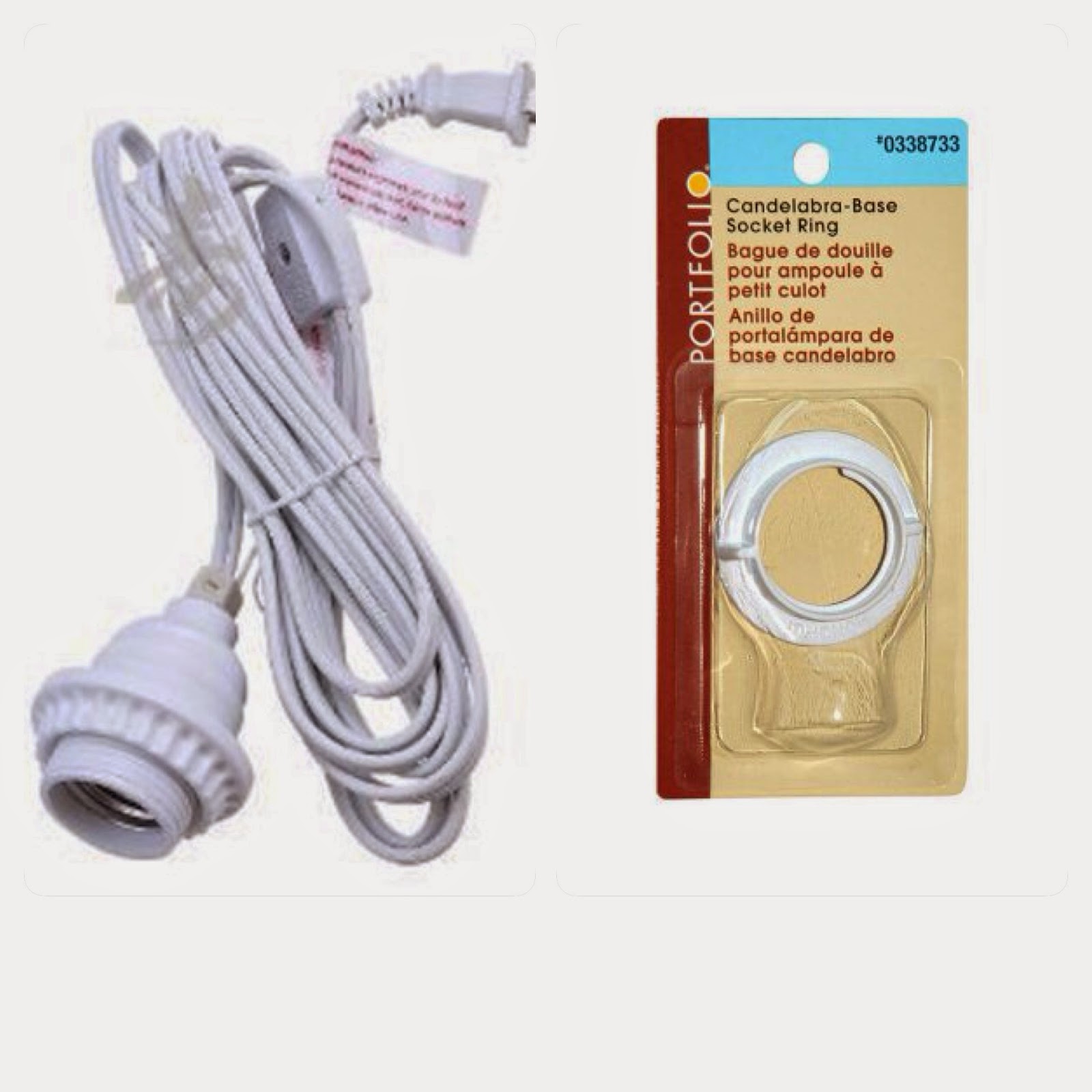 I tried a few different light bulbs until I found the one that gave me the look I was going for.  I gave her the light over Easter when she came for a visit, but because she lives out of town I don’t have a picture of it in its new home.   I snapped a few shots in my living room because I liked the color against my walls.

So there you have it, a planter turned light.  Have you transformed a household item into something unexpected? Come back and see what I've got going next.  I am finishing my nephew's room, and I picked up a few more roadside rescues.
Posted by Unknown 1 comment:

I have some yummy southern goodness on the menu for today.  I got a hankering for crawfish pie this past weekend, but I am a bit indifferent to the recipe that I have for a few reasons.  1) You have to let the pie rest for quite a while before cutting or the filling falls out,  2) I don’t have enough people under my roof to finish an entire pie in one sitting, and 3) When I reheat left overs the filling tends to dry out.  Given my mental reservations I needed a solution, I decided to take my favorite recipe and make individual hand pies.

Now I have to warn you my sister made a recipe from the blog recently (thanks sissy) and used what she saw in the picture without reading the details.  The result was an entire can of broth instead of the called for 1/2 cup.  She swears she liked the extra gravy, but just a quick warning to read the recipe details before attempting.


I gathered, chopped and measured all of the ingredients.  I drizzled a few rounds of olive oil and added the butter into my large skillet, in which I sautéed the onion, celery, and pepper.

I only had red and yellow pepper in the fridge and decided on the yellow, because I find the red is too sweet and overpowers the flavors of this dish.  I seasoned the vegetables with a palm full of parsley, and a healthy sprinkle of the seasonings listed above until I achieved the flavor and aromas I desired.

When the vegetables were clear I added the flour and chicken broth to thicken. Next I added the crawfish tails, green onion, garlic and heated through.

I added the bread crumbs and moved it off the stove to cool slightly before adding the mozzarella.

If I were dumping into a 9 inch pie plate I would just add the cheese and spoon into the crust, cover with the second crust, cut vents, brush with egg and bake.

For the hand pies I didn’t want the melted cheese to make it all gooey so I cooled the stuffing while I prepared the crust before adding the cheese.

I unrolled the pie crust and used my circle cutter, I was able to get 3 pies form each of the four crusts, I kneaded the remaining scraps, rolled them out and continued to cut.

I placed filling on the crust, brushed edges with beaten egg folded and crimped the pies with a fork.  I placed them on parchment paper on my baking sheet and baked at 350° for 25 to 35 minutes.

I was able to make 18 pies this time but I would probably have gotten 2 dozen if I had portioned the filling differently. I was out of stuffing and tired of rolling so I gave the ball of remaining crust to the 8 year old to play with, and he had a blast.

I would say "Voila" here, but I know that this is not exactly a lightning fast meal to prepare. It is just that the end result is so worth it.  If it weren’t for the good sense of my husband I would have eaten these straight from the oven, the 2nd degree burns seemed well worth it to me.  Thanks honey for stopping me.  So there you have it, crawfish hand pies.
A friend suggested that I freeze the unbaked pies on a cookie sheet and then place the frozen pies in a plastic bag to be baked and enjoyed at a later date. Sounds like an idea to me, next time I will be sure to give that a try.
I got to thinking that this stuffing would be great with redfish, or catfish, or with rice stuffed in a pepper, maybe even in a thick cut pork chop.  You’d be surprised what we can stuff in the South.   So give this classic a try and remember to share with a friend.
Posted by Unknown No comments: